American Bulldog – Everything You Need To Know 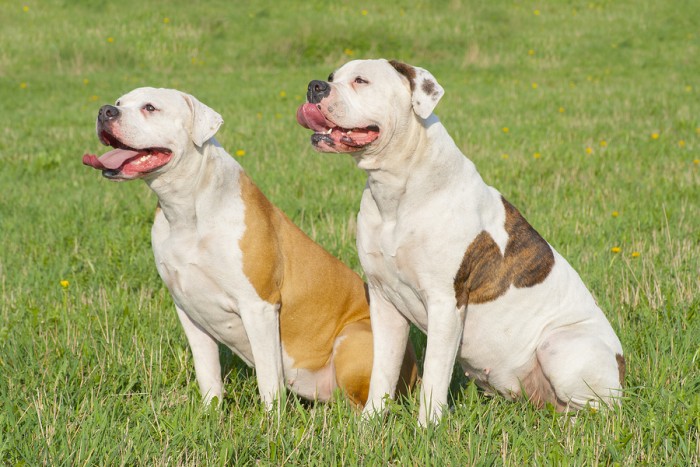 In the past, American Bulldogs were frequently used in hunting, gathering cattle, and on farms.

Unlike their English Bulldog friends, the American Bulldog has a lot of energy and needs frequent stimulation. American Bulldogs do not do well when left inside alone, as they have been known to bark or chew furniture and belongings when they get bored.

While the American Bulldog can be friendly and social, they will need to be introduced to other animals and people when they are young in order to reduce some of the protective instinct that American Bulldogs have been known to have.

American Bulldogs are very protective and alpha in nature, meaning if they are not properly trained, they may attack or chase smaller animals like cats or rabbits. American Bulldogs may also have difficulty controlling themselves around dogs of the same sex, as they will want to assert their dominance.

Due to their independent nature, American Bulldogs can be difficult to train. Because they have a problem being submissive to anyone, dogs and humans included, the American Bulldog can be resistant to obedience. In some circumstances, a professional obedience coach could be the best option for training an American Bulldog puppy.

American Bulldogs are known to experience high levels of hip and elbow dysplasia. They are also prone to developing eyelid disorders, skin problems, allergies, deafness, and hypothyroidism. Knowing the symptoms of these conditions and paying close attention to the behavior of an American Bulldog is necessary for getting treatment and staying healthy. 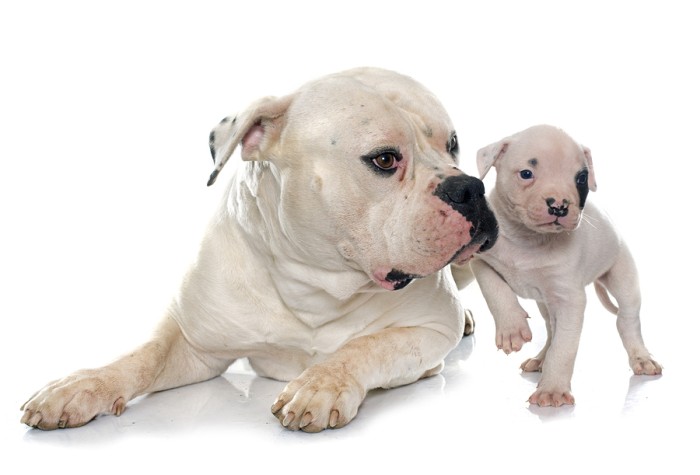 American Bulldogs can be difficult to care for, so it takes an extremely dedicated person to become an owner of the breed. While they are a relatively low-maintenance dog when it comes to grooming, their aggressive nature requires excessive attention, especially when growing and maturing.

American Bulldogs will need mental and physical stimulation to remain happy and will frequently destroy items when bored or left alone. When trained properly and given the right amount of stimulation, an American Bulldog is an extremely lovable and friendly pet.

Like all dogs, the American Bulldog will need fresh water periodically throughout the day. Owners of American Bulldogs should always ensure a bowl of water is available to their pup, as well as that their pet is getting the proper nutrients they need in their meals.

American Bulldogs are active animals that may need feeding more often. To find the proper feeding schedule for their American Bulldog, owners should discuss with their vet how much food their dog should be given and in what frequency.

Because American Bulldogs are also known to be particularly gassy, it is recommended to feed the breed fresh foods and real meat. This can be easier on the stomach of the dog and result in less gassiness, creating a more comfortable environment for both the dog and the owners.

American Bulldogs are known for drooling and slobbering, so they can require additional bathing and cleaning of furniture and other items they may come in contact with. Drool left on their face may need to be physically wiped away by the owners.

While the American Bulldog may be a great addition to a family without small children or elders living in the house, individuals with small children or multiple generations in the home may want to consider a different pet. American Bulldogs are known for being high-energy and can be rough at times, which may cause problems for individuals who are not strong enough to control them.

Their resistance to training and control can also cause additional problems for families still raising young children. As young children require endless amounts of attention, it may be difficult for owners to adequately divide their attention between a growing child and a growing American Bulldog puppy.