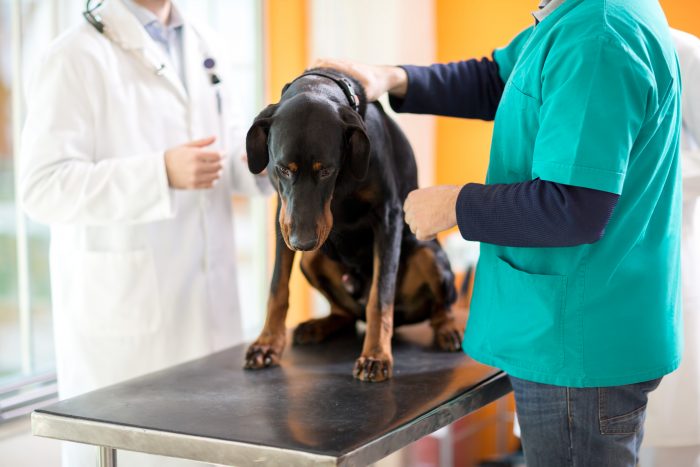 There are lymphocyte cells within a dog’s body that are part of the immune system. When these cells become compromised due to cancer, many important functions within the body begin to fail. This type of cancer is known as Lymphoma, and is most often seen in terriers, bulldogs, golden retrievers, basset hounds, boxers, and saint bernards.

A lack of appetite is one of the first signs of Lymphoma. Many dogs have trouble eating, and experience severe weight loss because of it. Dogs may appear fragile and weak, and have a sunken in appearance.

Dogs also tend to become lethargic. They sleep more often, and have difficulty exercising and even getting up to walk around. Most also experience muscle weakness, which further prevents them from handling exercise.

Enlarged lymph nodes may also be noticed. This is particularly true around the neck and chest.There may even be swelling of the stomach due to a buildup of fluids. Swelling in the face and legs is also common.

Lymphoma can affect other areas of the body as well, not just the lymph nodes. When it affects the skin, the area may appear, red and flaky. Large masses may also be visible. Multiple areas can even be affected at once.

Some dogs with Lymphoma become anemic. They may have pale gums, show no energy, and have no appetite because of it. These symptoms, paired with the more common ones, can make a dog extremely weak and tired. Almost no physical activity may be seen for some time.

An uncontrollable thirst is seen in some dogs. This leads to frequent urination. Some may also experience fever and even sepsis, leading to death.

What Causes Lymphoma in Dogs

There is no actual known cause of Lymphoma in dogs. The lymphocyte cells randomly get attacked, causing a diminished white blood cell count. A number of factors are thought to be possible culprits, including viruses, herbicides, already weakened immune systems, and an industrial environment.

The disease typically starts in the lymphoid tissues. This includes the lymph nodes, bone marrow, and spleen. They may start to develop in various other tissues within the body, causing further damage.

Lymphoma most commonly presents in dogs of median age. This means dogs between the ages of six and nine are often affected.

Lymphoma is not known to be contagious. It is a cancerous disease with no known cause. 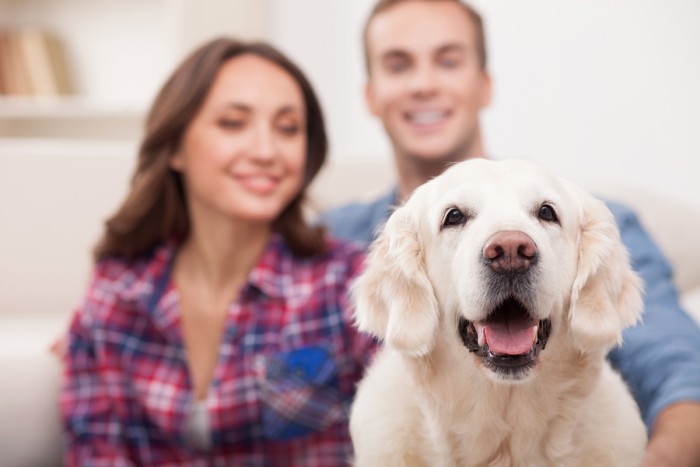 Veterinarians require a full medical history on each dog before a diagnosis can be made. They need to know which symptoms are being exhibited, which may help them narrow down which organs are affected.

A physical examination is the next step. The vet will check for signs of inflammation and anemia, and rule out other causes.

A complete blood count is also needed. This will help the veterinarian discover the white blood cell count to determine if a cancerous disease is present in the body. A biochemistry profile and urinalysis are also required. A common find with Lymphoma is a high level of liver enzymes. There may also be excess amounts of calcium.

An ultrasound may also be administered, as well as an x-ray. These tests determine the size of the lymph nodes, and can help estimate the stage of cancer.

A bone marrow sample may be sent to a pathologist. This allows a better estimate to be made regarding the extent of the damage done.

Dogs with Lymphoma have a high mortality rate. Within only four to six weeks of getting the disease, many dogs succumb to the illness.

With proper treatment, dogs have a longer survival time. Treatment can prolong death for up to 12 months in many cases. A splenectomy may help improve chances, increasing the time to 14 months.

How is Lymphoma Treated?

Chemotherapy is the main form of treatment. It is often paired with radiation therapy, as well as surgery to most effectively remove all cancerous cells. Many dogs go into remission after these therapies are used.

Each veterinarian will have their own opinion on the best form of treatment. It often depends on the extent of the cancer and amount of damage done to the dog’s body. Some dogs may do well with only one form of treatment, while others need a more aggressive approach and various methods.

An injection is the main option, but there are also capsules and tablets that can be taken by mouth. An IV catheter is also used. A patch of hair will need to be shaved before the catheter is put in place.

Dogs living with Lymphoma will need to rest as much as possible. It will take weeks, and even months of treatment, as well as recovery time, before a dog is feeling back to normal.

In many cases, only some of the cancerous cells are removed. The chemotherapy and other treatment options simply help to prolong the dog’s life, but does not extend it fully.

Some dogs experience side effects from the medication used, but not all do. These could include vomiting, diarrhea, or a loss in appetite.

Most often, the cancer goes into remission for a short time, but comes back again. Most dogs become resistant to the drugs offered to fight the cancerous cells, and meet their end because of it.

Female dogs are said to respond better to the treatment than male dogs, and are expected to have a longer life expectancy rate because of it. Smaller dogs are also better able to handle the chemotherapy than large dogs.

Because there is no known cause of Lymphoma in dogs, there is no real way to prevent the cancer from occurring. Certain environmental factors, such as herbicides in the lawn and chemical products used within the household do seem to be seen in many cases. Keeping dogs away from these chemicals is best, and may help to improve chances of not getting Lymphoma.