Heartworm Disease in Dogs – What You Need To Know 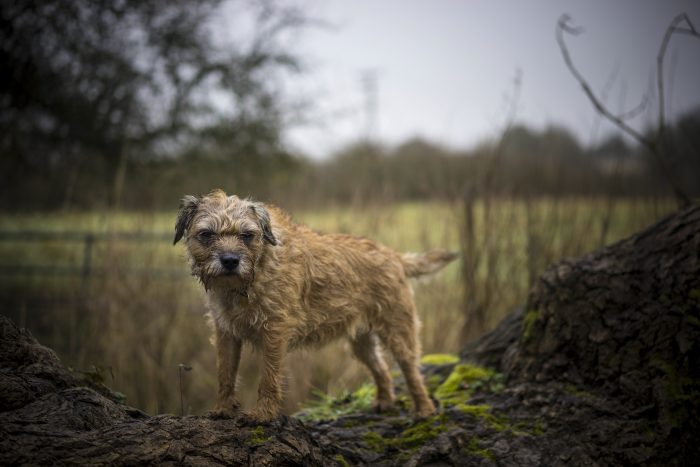 Commonly referred to as heartworms, foot-long worms actually make their way into the lungs, hearts, and blood vessels of animals. This can cause heart failure, lung disease, and overall damage to various organs. Ferrets, cats, dogs, foxes, wolves, and coyotes are the main animals who get this disease. On rare occasions, people may also experience the disorder.

Both dogs and cats experience some of the same symptoms when heartworms are present. The first sign is a persistent cough that does not seem to go away. It may start out very mild, and progress to a severe cough that comes with a difficulty in breathing. Attacks that seem asthmatic may also develop. This greatly harms an animal’s lungs.

Dogs who have a hard time breathing will start to become winded after just a small amount of exercise. Eventually, they may stop wanting to exercise altogether, as it becomes too difficult. Many even show trouble simply walking.

There is usually vomiting, especially in cats. This pairs with a decrease in appetite, which leads to weight loss.

Many animals have a swollen stomach due to a buildup of fluid. This can cause severe blockages, seizures, and even death.

Some dogs may have pale gums, difficulty breathing, and dark colored urine. These are signs of a blockage to the heart, which can be fatal. Some may even start to cough up blood, or have blood in their urine. Dogs with unusual sounds in their lungs or an irregular heartbeat are often at the final stage of the disease. Treatment may not be possible beyond this point.

What Causes Heartworm Disease in Dogs

Dogs are popular hosts for heartworms, as they provide an environment that allows the worms to grow into adulthood. These worms can then mate and continue to expand their population. They will quickly cause damage to numerous organs within the dog’s body as they block blood vessels and stop blood from flowing through to the areas that need it most.

Worms in the infant stages can be picked up easily by mosquitos through the bloodstream. This essentially infects the mosquito. When the same insect bites another animal, the larvae are deposited into their bloodstream. The worms then grow into adults and produce offspring. These worms can live up to seven years in a dog, and up to three in a cat.

Heartworms are caused by a blood-borne parasite.

Due to mosquitoes, heartworms are easily spread from one animal to another. The mosquito picks up the worms from one host and deposits them into another. This makes mosquito season, mainly throughout the summer, the most dangerous for pets.

A blood test is required to test for heartworms. The test will determine if a certain protein left by the worms is present. The test is typically given to dogs each year, whether symptoms are shown or not. This is because many dogs go months without showing symptoms, until the problem is too large to survive.

Cats require multiple tests, as heartworms are more difficult to detect in this species. A test that determines if any exposure to larvae is required. Some veterinarians may also choose to use an x-ray to check for signs infection.

When caught early, heartworm disease can be treated. If left untreated, the heartworms will cause extreme damage to multiple organs within the body, leading to death. Death may also be sudden if a large blockage occurs.

How is Heartworm Disease Treated?

Animals with heartworm disease must first essentially be put on bed rest. Activity can help speed up the process of heartworm damage. Any exercise should be avoided while the heartworms are being treated.

Medication is often needed before the heartworms can be eliminated. This is to help improve the animal’s organs and their ability to function. The animal must be in stable condition before heartworm treatment can commence. Antibiotics and anti-inflammatory medications are often needed.

Once the condition is stable, the adult heartworms can be killed off. This is done through an injectable drug. Approximately one month after treatment, another treatment is needed. This one works to kill off any microfilariae, or baby heartworms, that recently emerged.

It can take up to several months before the full treatment process is completed.

A special diet may be required for some dogs. Natural, healthy dog foods are the best option, as they provide the right ingredients for helping a dog get healthy. It will also help dogs gain the right amount of weight after losing so much due to a decreased appetite while dealing with heartworms.

Regular treatment and preventative medications are needed while living with heartworm disease. It will take months before the process is finished. This may mean regular trips to the vet’s office, as well as a strict limit on the amount of exercise that can be done.

Preventative methods should be used regularly while pets are living with heartworms. Continued use afterwards is necessary as well.

Animals need proper care and rest in order to survive the treatment and be fully rid of the heartworms.

Since heartworm disease is so common, and easily spread, a heartworm preventative can be given to dogs regularly throughout their lifetime. This is the best way to prevent an animal from contracting the disease and getting sick.

There are a number of preventative medications that a veterinarian will discuss. Pet owners will have to choose a preventative that best meets their pets’ needs. Many come in chewable tablets, and are given based on the dog’s weight and size.

It is also ideal to keep dogs inside as much as possible during mosquito season. When mosquitos are nearby, dogs should be kept away from the area. The same goes for cats, as they are much more likely to die from heartworm disease due to a lack of acceptable treatment options for them. Preventing the disease is often the only option.