Addison’s Disease in Dogs – What You Need To Know 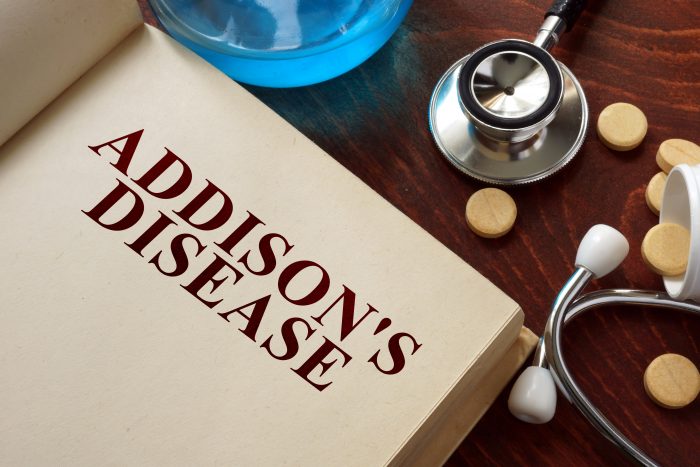 Hypoadrenocorticism is another term for Addison’s Disease in dogs. The adrenal gland is responsible for regulating fluid secretions that assist with functions of the body. Corticosteroid secretion is reduced when this disease is at play, causing dysfunction within the body.  It is essentially the opposite of Cushing’s Disease, where too much of the secretion is produced.

A loss in appetite is often one of the first symptoms noticed with Addison’s Disease. It is also an indicator of many other illnesses, so most do not realize it is a more severe problem.

Most dogs will throw up any food they do attempt to consume. They will also be lethargic, and struggle to complete daily activities, such as walking or even getting up to play. Many will feel depressed and tired.

Diarrhea is another possible symptom. Dogs will also experience a great deal of weight loss due to not eating.

Some dogs may seem shaky or will shiver uncontrollably. Others will want to drink constantly, and will have to urinate much more frequently because of it.

A slow heartbeat may also be present in dogs with Addison’s Disease. Several have experienced low blood sugar.

The symptoms often come and go, making it hard for owners to tell what is going on with their pet. Many believe it just a phase, or quick illness that their dog is experiencing. The symptoms typically present when a dog is feeling stressed, since this is when the body would normally need cortisol to deal.

What Causes Addison’s Disease in Dogs

A dog’s body may stop producing the ACTH hormone. This will result in adrenal gland failure. CRH may be another culprit, as the dog’s body stops producing it, also resulting in failure of the glands and reduction in their ability to perform correctly.

Both of these instances are common results of a tumor or inflammation. They may also be due to an injury.

Female dogs are most likely to develop this disease. It is also seen in middle-aged dogs, as well as dogs that are a little younger. Terriers, collies, rottweilers, and poodles are among some of the most common types of dogs to get this disease.

Addison’s Disease is not contagious. It often occurs due to an ACTH deficiency, or even a tumor. 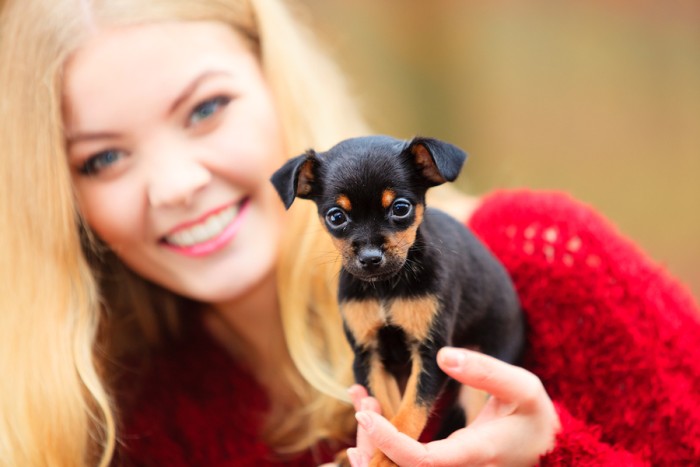 A blood test is required to properly diagnose Addison’s Disease. This is known as ACTH Stimulation. ACTH stimulates the adrenal gland. The veterinarian gives the dog an injection, which should make the cortisol levels in the blood increase. If no increase is seen, it is an indication that Addison’s Disease is in fact present in the dog.

Before the ACTH test, a number of other tests are typically used to help rule out other possible causes. Many of the associated symptoms are also seen with other types of illnesses which are much more common.

Dogs with Addison’s Disease will need regular treatment in order to combat the damage that has been done to the body. Many go on to live long lives with proper treatments in place.

A dog may go into an Addisonian crisis, where he goes into shock because of the weakened metabolism and amount of electrolytes in his system. This often occurs when stress is brought on. If this level is reached, and not treated immediately, it will be fatal.

How is Addison’s Disease Treated?

Dogs who have dealt with the disease for some time may require a stay in the veterinarian clinic. They will often need fluids administered to help increase their levels, as well as medications to help regulate levels of potassium.

Due to the low and usually non-existent levels of cortisol, a treatment is needed to replace these levels. These drugs typically need to be administered to the dog throughout the remainder of their lives. Many will no longer be able to produce cortisol on their own because of the damage already done to the glands.

Those with Addison’s Disease will continue to require treatment for the rest of their lives. This means regular doses of cortisol-like drugs to help improve their levels. There is one type that can be given every 25 days. It comes in shot form. A daily pill is also available. Prednisone is the steroid typically given to replace levels of cortisol.

Percorten is another possibility. This medication works to replace levels of aldosterone that are not being made by the adrenal glands.

Many medications begin working with 24 hours, while some take up to 48 hours. If any signs are noticed after the medication has been administered, such as vomiting or diarrhea, it is best to revisit the veterinary. Some medications do not work as well for some dog breeds, meaning another option will need to be tried.

Typical stress that most dogs can deal with will be extremely difficult on dogs living with this disease. Any stressful situations should be avoided. This may be different for each dog, and every owner will have to monitor their own pet to determine which factors cause an episode. Having company over, putting a dog in a crate, and even leaving the dog unattended are all causes of stress in dogs.

In order to prevent this disease from occurring, stress levels need to be kept to a minimum. This may mean always leaving a dog with a sitter, rather than leaving him home in a crate. It could also mean limiting company that  may startle the dog.

It is also ideal to feed dogs a healthier diet. This will help their bodies a great deal, and also get them back to a healthy weight after experiencing pain and symptoms because of the disease. Natural dog foods with safe ingredients are the best option.

Because Addison’s Disease is caused by infection or tumors, it is not completely possible to prevent it. The only thing owners can do is keep their dogs as comfortable as possible, and give them a stress-free life.