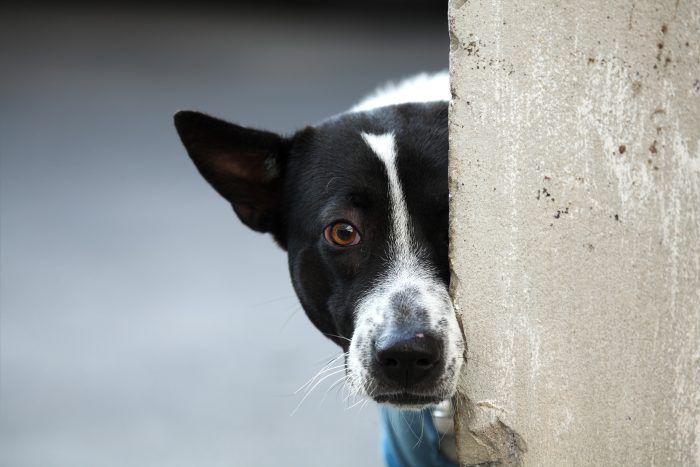 Head Pressing 101: What is it and is My Dog in Danger?

Not many pet owners understand the dangers that could lie in Head Pressing. In fact, many dog owners may see the behavior and assume the animal is just administering inexplicable, silly behavior. But Head Pressing can actually be a sign or something rather serious.

In order to get your four-legged friend the assistance they need, it is important you fully understand Head Pressing, what it looks like, and what it could mean.

What is Head Pressing?

Head Pressing is characterized by a dog or other animal pressing the top of their head against a wall or in a corner without moving. Often times, it looks as if the animal has put themselves into “time out.” As adorable as it may be, it is often a sign that there is a serious medical condition that needs to be addressed. In some cases, a dog might press their head into the ground rather than a wall or corner. It is just as important to recognize this behavior as a serious call for help as well.

Head Pressing is different than playful head butting that is common in dogs and other pets, in which your animal rubs their head on legs, other animals, or furniture. Head Pressing differs in that they continuously stare at walls or other hard surfaces without moving.

In most cases, your dog will show other symptoms associated with the underlying condition causing the Head Pressing behavior. They may also experience seizures or have difficulty seeing. You may also find that they are walking in circles or pacing aimlessly. Additionally, they may have a difficult time performing trained tasks they had previously learned.

There are a number of causes that could lead to Head Pressing in dogs, but most commonly it is a sign that there has been nervous system damage. Here are some of the most popular underlying causes of Head Pressing:

These are just a few of the conditions that can cause Head Pressing behavior. Even if your pet is not showing other symptoms of other diseases, Head Pressing should not be ignored.

What to Do if Your Dog is Head Pressing

Regardless of the reasoning behind your dog’s Head Pressing, you’ll want to see a vet as soon as possible. While some underlying conditions are more serious than others, they each need medical attention to properly address what is causing your pet to engage in Head Pressing behavior.

The constant pressing of the head against hard surfaces can cause additional problems for your dog if the underlying cause is not treated. They may experience pain in the face or damage to the facial bones.

Head Pressing is not something you will want to ignore. Get your animal to a vet as soon as you can to run additional tests and check for the underlying cause to be treated.